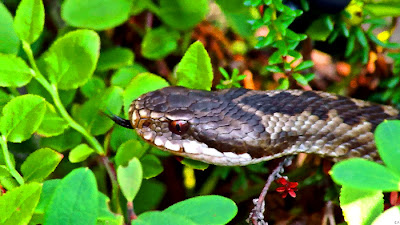 Nuclear power plants can be more dangerous than a snake bite -  for millions of people    Arts-photo: Jukka Seppälä / Creator's Fingerprints


According to a IRSN-study made by French government in 2007, a severe nuclear accident in one of the nuclear power plants in France, at Dampierre, would cost 1 Trillion - 5.8 Trillion Euros - that is - 1,000 - 5,800 Billion Euros.

The results of the study were so frightening that the french government decided to keep the study secret. France produced then 85% of its electrical power by nuclear power plants and the reality was too rough to be published. The study says 5 million people would be forced to be evacuated from their homes and the contaminated area would cover London, Munich and Genova and be affecting the lives of 90 million people.

Study's estimate of cancer deaths was over 28,000 and almost 27,000 additional cancers and other diseases would be caused by this kind of accident.

The study was not published until now and the estimates of economical effects were downgraded to 430 Billion Euro in the new version of the study. But after downscaling the estimate, the author of the study still said that real accidents cause extremely high costs: for example the now ongoing Fukushima nuclear disaster will ultimately end up at least 1 Trillion Euro bill.

The author of the study pointed out that no country - not France, nor Japan - can pay the costs of a bad nuclear accident. The people suffering of it are simply not paid by anyone.

It's about a time to begin to face the truth - nuclear power can cost much, much more than we can afford. 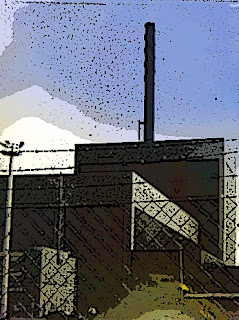 A very good video, really worth watching, can be found here:

On this (26 min.) video a senior US official tells why now it's time to leave nuclear era behind. If you still believe in nuclear power, please watch and listen to this 86-year old wise man!