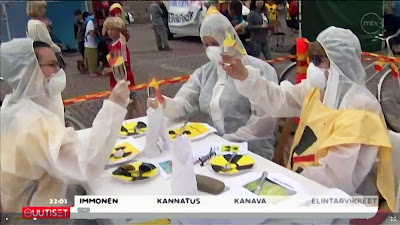 
Yesterday we got the Litvinenko Inquiry published  https://www.litvinenkoinquiry.org/files/Litvinenko-Inquiry-Report-web-version.pdf. It was about the time!

The Litvinenko Case seems to be quite clear: two members of Russian FSB got rid of former FSB employee Alexander Litvinenko by giving him tea tainted with Polonium-210 - lethal radionuclide produced in nuclear reactors. There was still not 100% certainty of FSB being behind the murder or whether the two FSB officers were really quilty of this cold blooded murder. But it seems obvious that this is just the case.

And if this is the case so it is most probable that the 5 micrograms of Polonium-210 originated from a Russian nuclear reactor. A reactor owned and controlled by Russian ROSATOM. And the company is strictly under the rule of Mr. Vladimir Putin, the president of Russian Federation. As well as FSB is. 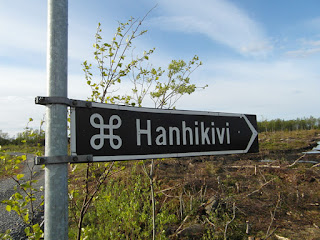 ROSATOM is also the company building the sixth nuclear reactor for Fennovoima in North-western Finland. After several quite strange political swings and despite of majority of Finns being against the project.

And Mr. Putin said just a few weeks ago that he is happy that the Finnish government allowed the Hanhikivi project to be licensed http://yle.fi/uutiset/putin_kehui_suomen_eduskunnan_vaikeaa_paatosta_antaa_lupa_fennovoiman_rakentamiselle/8536823  . Getting the green light was very important for the Russian nuclear industry. I would say it was a question of life and death. Finland seems to be the nuclear guinea pig of the world - when Olkiluoto-3 deal was made the other western countries started their nuclear projects anew after Chernobyl depression. And now Hanhikivi-1 NPP will offer Russians their long awaited first western Europe NPP-construction deal. Their geopolitical plan is moving on.
http://globalriskinsights.com/2015/10/russia-is-creating-a-global-nuclear-power-empire/ 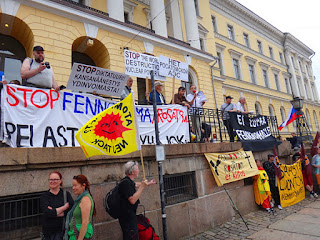 But What Is the Price for Finland - Democracy?

A terrorist attack made by a nuclear state using nuclear poisoning should be strictly condemned by all democratic societies. If that is not done, such countries continue to use this kind of dirty weapons as a means of their foreign policy. And it was not only Litvinenko that was targeted: tens of thousands of innocent people were possibly harmed by super-poison Polonium-210:
"British Airways later published a list of 221 flights of the contaminated aircraft, involving around 33,000 passengers, and advised those potentially affected to contact the UK Department of Health for help." https://en.wikipedia.org/wiki/Poisoning_of_Alexander_Litvinenko

The only thing that could affect this kind of dirty tricks would be economical means. If Finnish government would put Hanhikivi on hold it would make the Russians think twice about their means of foreign policy.

But there is big money involved - the Fortum gas power plants in Russia, worth billions of euros - which were indirectly mentioned by Mr. Putin when he thanked Finns for the continuation of Hanhikivi construction. https://www.fortum.com/SiteCollectionDocuments/Investors/Fortum%20in%20Russia.pdf
http://yle.fi/uutiset/researcher_horse-trading_behind_planned_fortum-fennovoima_deal/7665234
http://www.reuters.com/article/fortum-oyj-russia-fennovoima-idUSL5N10G0WU20150805
And the fear of loosing these investments forced Finnish government (and obviously also Fortum) to continue with a project that will bring big losses to Finnish people, towns, cities and taxpayers.
http://www.hs.fi/talous/a1446608429821 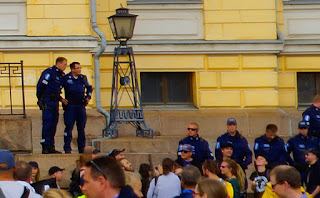 A suspected murderer as a member of Russian Duma

The situation is even more complicated as the other of main suspects of the murder of Litvinenko, Mr. Andrey Lugovoy, enjoys immunity from prosecution because his membership of the Russian Duma.

But should a country like Finland be making nuclear deals with a country that uses energy as geopolitical weapon? Or should we be accepting the policy of making and threatening other countries with radioactive dirty bombs http://www.defensenews.com/story/defense/naval/submarines/2015/11/13/russia-leaks-dirty-bomb-submarine-drone-state-tv-broadcast/75710806/ and customized murdering weapons by a powerful nuclear arms state neighboring us? Or should we put moral before money? 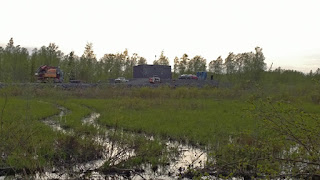