North Korean Nasty Surprise Is about to Blow up - Can We Save the World from a Nuclear Nightmare?


The Trump Washington Headquarters is underestimating the North Korean Military Capabilities. It may cause the death of millions! 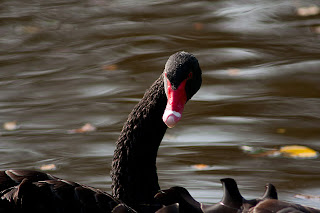 I wrote about North Korean Issue a few years back. Meanwhile the things have developed to a nasty and much more worrying and risky direction - now we are counting days to one of most horrible miscalculations by a superpower in human history.


USA will get beaten as in Pearl Harbor. Ignoring the fact that even one nuclear device is enough to fry electronics and paralyze a modern war machine and large area infrastructure for months or years is very dangerous policy.


“For a nuclear explosion at an altitude of 50 miles, for example, the affected area on the ground would have a radius of roughly 600 miles and for an altitude of 100 miles the ground radius would be about 900 miles. For an explosion at 200 miles above the center of the (conterminous) United States, almost the whole country, as well as parts of Canada and Mexico, could be affected by the EMP. “ 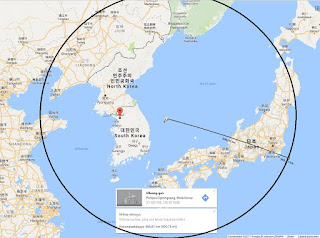 This is the approximate radius of EMP destruction of electric infrastructure for a nuclear device exploded in the altitude of 50 miles over the island of Ulleung-gun. (Map: Google Maps https://www.google.fi/maps/@37.4786148,126.3674441,6z?hl=fi)

This type of EMP-strike would cause also long lasting environmental catastrophes when nuclear reactors and spent fuel pools would have meltdowns after loss of power and chemical industry processes would also experience fires and spills because of long outages. Death toll would be in millions without any nuclear missile hitting the ground.

We have no time to loose. Negotiations must be started immediately with help of China. USA must reduce their military threat during the negotiations as an act of good will.

How to Avoid a Nuclear Conflict that Now Seems Unavoidable!


Make a Deal that is hard to resist by North Korea :

1. US$ 100 Billion in twenty years to develop North Korea in cooperation with its now being leaders to a modern state, funded by USA, China, Japan, EU. Russia and G7 and UN.

2. China will take care of decommissioning of the nuclear weapons arsenal of North Korea

5. Truth commissions (like in South Africa after apartheid and in other conflict areas with severe crimes against humanity and human rights). Channeling hatred, anger, bitterness to power reconstruction work. Positive future as source for amnesty and forgiveness.

8. China central governed system would be the model to lead the country gradually to full  democracy in 20 years.

9. The goal would be a Union of Two Koreas in 20 years. Two different countries with different economies and political systems but common destination of wider cooperation and increased trade and cultural change as well as scientific research. Both countries reduce their military power and mutual tensions.

10. The security and souverenity  of both Koreas is guaranteed by China, USA, Russia, Japan and UN. These countries are following the disarmament of both countries so that the threat of aggression against each other or against third parties can be reduced.

This list is just a getting started menu. Diplomats and politicians must have now brain storms to create additive or alternative plans. But please, don't stay still and wait for the black swan to land. We know it is already flying. 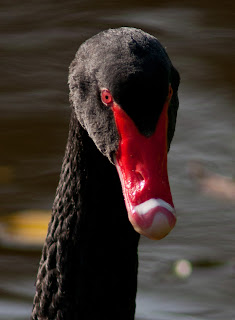