After the mankind has opened the Pandora's box of nuclear age it seems quite clear that the only thing that keeps us avoiding nuclear war is the threat of a nuclear counter strike. This balance of fear is maintained by nuclear states controlling each other not least with treaties and agreements reducing their arsenal of weapons of mass destruction. 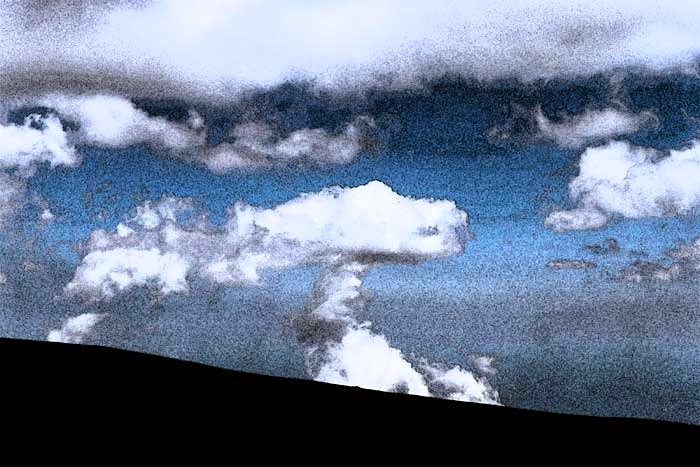 
But for me, personally, being a pacifist by heart, it has been of great concern when nuclear states like USA or Russia have directly or indirectly mentioned the possibility of a preemptive tactical nuclear strike against countries that do not necessarily have nuclear weapons.

Especially the situation in Ukraine has been reminding us of the possibility of first use of nuclear weapons against a nation that does not own one. The new military doctrine of Kremlin mentions nuclear weapons as a possible countermeasure in a situation where the existence of the Russian state is threatened by attack with conventional weapons. But it is left open when this kind of situation could occur - this can be freely translated by the Russian government. And what makes me to worry about it is how some Russian military leaders have taken the possibility of using nuclear weapons as a part of the political discussion on  Ukrainian war.

But should the countries with no nuclear weapons arsenal start gaining the Bomb?


There is evidence of a nuclear renaissance based on some government's will to create a nuclear weapons arsenal of their own. For some Arabic countries the threat they believe to occur because of Israeli or Iranian nuclear arms it seems obvious that they are participating on nuclear programs having their own Bomb in mind. And there are many countries around the world that are secretly the friends of the Bomb, though officially they have nothing to do with it. Their nuclear power is only for peaceful purposes. So does Iran also claim. Who believes these promises.

And I can understand the point behind this thinking: why should only the U.S.A. , China, Russia, India, France, the UK, Pakistan, Israel, North Korea, Iran have nuclear weapons? Why not others? Russians and Americans did not ask anybody for permission to build up their Bombs. Nor did the others. Why should us?

Well, we have gone way too far that road to turn back - or have we?

We could just make a little imaginary exercise: we could think what will happen, if the countries without nuclear weapons were creative enough to find out their very own possibility of counter strike (in the case their land has been targeted with a nuclear strike) without having their own nuclear weapons.

All they have to do is realize, how they could cause an equivalent economical loss to the nuclear invader, than the strike causes them. And there is a clever and simple - as well as much cheaper than creating your own nuclear arms program - way to do it.

You just train, say a few hundred commandos, to attack the nuclear power plants and spent nuclear fuel pools for the possibility that some government would run a  nuclear attack on your country.

Then you have only to officially announce of having this kind of special force. That's it. No nuclear state is so stupid that it risks of attacking with nuclear weapons such a country, that is capable of having a counter strike with conventional weapons / special commandos that will cause hundreds of billions to thousands of billions of dollars loss to the target country and leave more severe radioactive fallout than after a limited strike with nuclear weapons.

But is it against international treaties about warfare to attack nuclear reactors or spent fuel pools?

Sure it is, but as well the nuclear strike against any country is. And if it is remained as a counter strike threat, it is as ethical as having nuclear weapons ready to be launched if someone attacks you with nuclear missiles. This is only fare for the poor countries that have no possibility to produce their own nuclear bombs....

Well, after seen this imaginary possibility to have their own counter measures for tactical nuclear attacks, some countries may announce of this possibility. Or most probably not. But one thing I hope will happen is that the strategists of nuclear powers will abandon all plans to attack with nukes on countries without nuclear weapons - because they know now: even a single nuclear detonation on others territory could cost them thousands of billions of dollars - it's simply too risky a business!

And some people still think that nuclear power is safe......

No nukes is better!

Renewable energy is the only safe, ethical, democratic and environmentally reasonable power source we have. And it is also economically competitive now! Let's make the change - together!