Mr. Putin and Mr. Niinistö - the World is Waiting for a Peaceful Solution for Ukraine

According to YLE-news, Finnish president Sauli Niinistö will be meeting the president of Russian Federation, Vladimir Putin tomorrow in Sochi, Russia.    http://yle.fi/uutiset/niinisto_and_putin_to_meet_friday/7411362 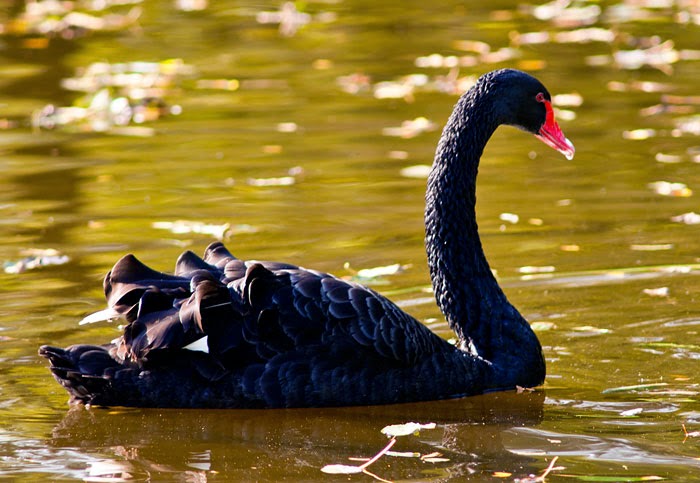 The Ukrainian crisis is one of the most severe conflicts  ongoing at the moment on our planet, and one highly related with energy issues. I have been writing about this on my previous blog article last March,  http://solarwindpronet.blogspot.fi/2014/03/finnish-government-to-force-fennovoima.html

but now  it's time to return to the subject.

Russian Federation is a great country, one of leading powers of the future world, and a land of opportunities and one rich of natural resources. This should be admitted by everyone and overlooked by no-one. Russian people are famous of being friendly and warm-hearted to their quests, where ever they come from. Sharing and caring belong to the Russian national tradition.

So I see no reason not to believe the negotiations to bring good fruit: the Russian people is willing to live in peace with its neighbors, as well as its leaders do.

And the Ukrainian people is willing exactly the same - live in peace, co-operate and trade with Russia. But they will ride on their own horse, their own way, and be independent. And they have the right to do so.

It's regrettable that things have escalated to civil war in Ukraine. But more than anything else we need now good solutions, win-win structures that can be accepted by every player of the game which of a great deal is innocent civilians not willing to play this kind of ugly war game.

The winter is coming. Houses of civilians in eastern Ukraine are badly damaged, electric power is lost, water and sewage systems don't function etc. This problem must now be addressed by international community. But fighting must come to an end before that. The sooner the better. 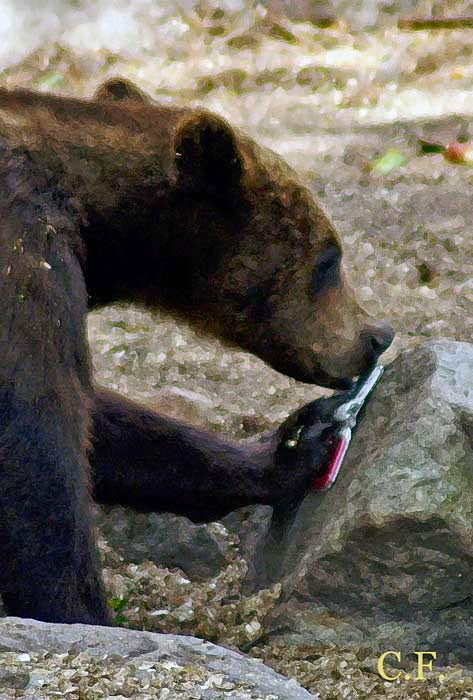 I would like to ask you if you are interested in getting back the good reputation of Russian Federation that it had among western countries before the Ukrainian crises? And getting back the respect of wider audience in Russia? The economy is as important for Russia as it is for Europe or the U.S.A. - would you like to take a quick way to win back what has been lost and achieve a little bit more?

Russia could be winner as well as Ukraine and other European countries. We could turn this demanding situation into a good end. And turn a new, brighter page in the history of European  - Russian relations and whole the mankind. You, Mr. Putin, are a key player.

We had a rental agreement with former Soviet Union after the WWII to let Hankoniemi in Southern Finland as a military base for the Soviet Union for some decades. Soviet leaders found later on that arrangement unnecessary and terminated the use of that military base before the original deadline of that agreement. The key words were co-operation and trust of political leaders of both Finland and Soviet Union.

I think nobody seriously denies the fact that Crimean is very important to Russia. But the means to reach that strategic goal could be rethought. How about 50 year agreement with Russian Federation and Ukraine about renting the area for Russian military base on Crimean peninsula? The rest of the peninsula could be demilitarized zone like Ahvenanmaa (Åland) in Finland. UN could be controlling that both sides respect the agreement and that the Russian population on that area is respected and treated equally with Ukrainian and other nationalities. Crimean peninsula could be declared also a free trade zone to boost the economy on the area. So Russia would have its military base and capability to keep its defensive power on the area. And the international community could once again see Russia as a responsible and trustworthy companion.

And about the energy issues, Mr. Putin:

You know very well as every wise leader on this planet today that oil, gas, coal and nuclear power are each a no option to mankind if we like to survive. We have perhaps five to fifteen years to turn the CO2 -emissions into a sustainable level. And there we need renewable energy, masses of renewable energy. Russia is a great country with massive potential to produce renewable energy and also manufacture means to generate it for others. Russia could be among the leaders in new technology. But for that we need international co-operation. Finland have clean technology know-how, so does Germany and many other European countries. But as well we need China and the U.S.A. to join the common fight against greenhouse effect. And in the future African countries as well as India, Australia and Southern America will be joining the front to fight climate change.

The Ukrainian people including Russian speaking East and South-East Ukraine need an energy change. Being dependent on Russian natural gas is no good for Russia nor for Ukraine in the long run. They need heating and power for winter and it could be organized by international co-operation including Russian efforts. Bio-energy and solar and wind power should be the main power mix of the future Ukraine. Natural gas could be as backup for some decades. Building solar and wind power takes only a few years and it will be boosting local economy greatly giving working opportunities to tens of thousands. Russia could be part of the solution and learn how to make the energy change that is needed also in Russia. Time for oil, coal and gas economy is simply running out, and you know it, Mr. Putin.

The world is creating the energy change to renewables quicker than anybody thought, people around world are more than ready for it:

"Although only a handful of respondents (9
percent) have solar products, 55 percent
say they are considering purchasing
or signing up in the next five years.
Given rising interest and adoption,
we continue to observe a variety of
innovative companies entering the
market. We also see a growing array of
solar home solutions and community
solar projects, as well as a host of
supporting services—from automated
support to financing instruments."
("In 2014, more than 13,000 residential consumers were surveyed across 26 countries.")

And nuclear power is dead. You know it too, Mr. Putin. 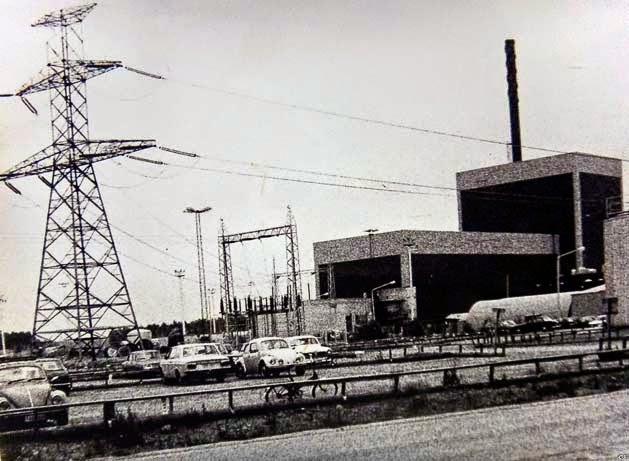 Selling nuclear reactors for power generation will be in five years like trying to sell steam engines to automotive industry. it's simply outdated, risky and far too expensive way to generate power. And selling reactors for nuclear weapons grade plutonium production is not a good deal either. We really don't need Vietnam or Egypt to have nuclear weapons, or any other (new) country. We don't need any new nuclear reactors in Finland, neither Fennovoima-Rosatom, nor Olkiluoto -TVO-Areva. We have enough power without NPPs and the majority of Finnish people are opposing Hanhikivi-1 and other new NPPs. 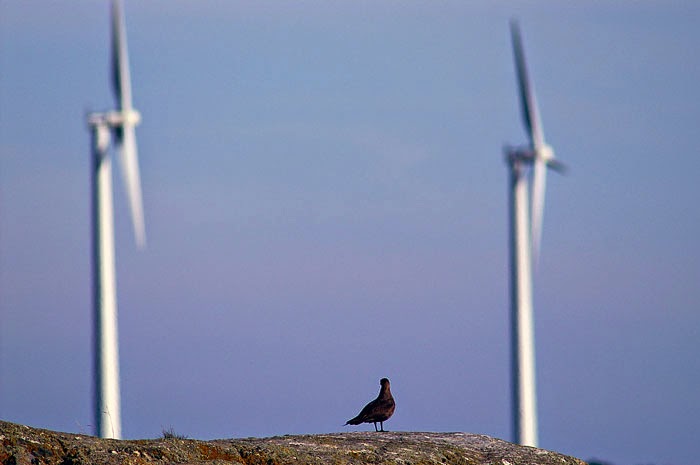 Now it could be time for Russia to enter into wind power era and start large projects with technical leaders on that area. We have know-how of arctic wind generation in Finland - our best generators are running up to -30 degrees centigrade (Sensors specified for -40°C) while southern manufacturers stop at -20.. There are plenty of arctic areas suitable for large scale wind power generation like Siberia, northern U.S.A. and Canada. There could be a big market for Russian industry in the future. And biomass or bio-gas heat and power generation could be another sustainable clean tech market for the Russian industry to enter in the near future.

But we need to stop fighting in Ukraine first. We need to get everyone understand that Russia is a powerful country that has its own important interests and that it is also taking care of its international responsibility to respect the other states on the area. Everyone involved on Ukrainian crises has made mistakes but solving the crisis is based on new positive steps everyone must now take to reach the goal: just, quick and lasting peace on the area.


I hope you will have a good meeting with president Putin! I hope that you will appreciate the opinion of Finnish people when according to new opinion polls 2/3 of Finnish people are against the building of Hanhikivi-1 nuclear reactor. People in Finland want to see renewable energy projects - surely in co-operation with Russian companies also. And Finnish people is surely wishing for a peaceful solution to Ukrainian crises - a solution that is acceptable for both Ukraine and Russia.

Good Luck for both Mr. Presidents! 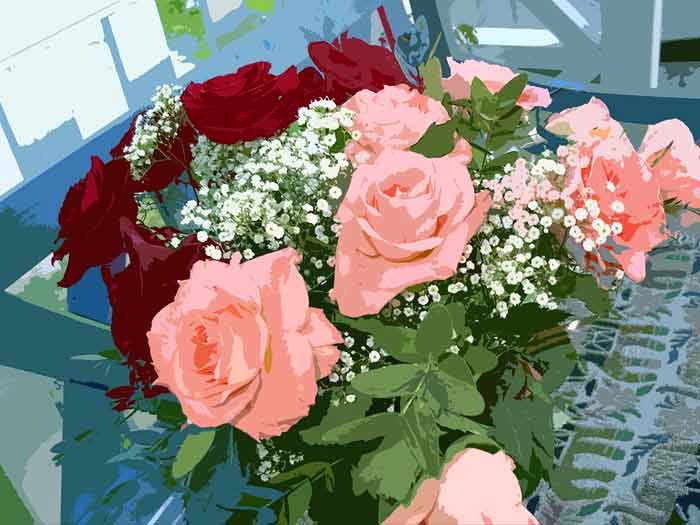