Finland and Sweden - the Real Bad Boys of Nuclear Power ? ( And Their Dirty Guns) 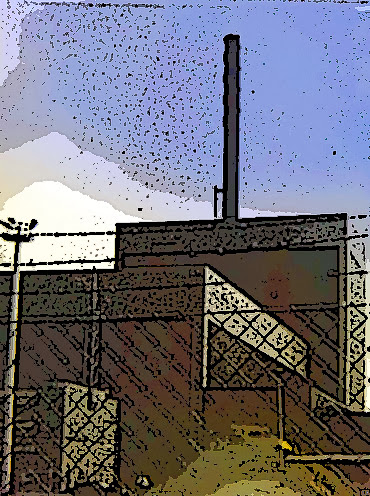 Olkiluoto BWR:s of TVO are quick to melt down if total SBO (station black out) occures  Arts photo: JS / CF

As we think about the two Northern European Countries of high standard of living - Finland and Sweden - and read the news about Finland being the leading country in education, and knowing Sweden to have a long history of defending human rights, it is quite astonishing to find out the hidden scaletons of secret Swedish  nuclear weapons programs   http://solarwindpronet.blogspot.fi/2012/10/the-secret-swedish-nuclear-arms-program.html
or their nuclear power plants import to countries blacklisted by the western world because of their  Bomb projects. 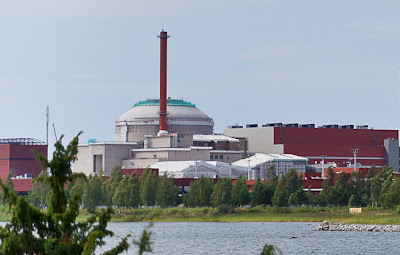 The famous super-expensive but not super-safe EPR Olkiluoto-3 in Eurajoki, Finland. Melt-through in 7-8 hours by total SBO, according to European Stress Test for Nuclear Reactors.  Photo: JS / CF


And the first nuclear reactor to be built inWestern Europe after Chernobyl was the problem-cost-leader; famous Olkiluoto-3 in Finland  http://solarwindpronet.blogspot.fi/2012/12/olkiluoto-3-epr-to-cost-at-least-85.html . Actually our parliament made the decision to allow the construction of this plant just a few weeks after Swedish Forsmark-1 had been 14 minutes to LOCA (loss of coolant accident) according to German officials, after having almost total station blackout for over 20 minutes. It was later given INES-2 label, some experts saw it as the worst nuclear accident in the world after Chernobyl.  http://solarwindpronet.blogspot.fi/2012/10/thirty-five-minutes-to-meltdown-most.html

Still Finns got their Olkiluoto-3 EPR built, our nuclear watchdog, STUK, didn't see any problem with beeing only minutes or hours away of our very own Nordic Chernobyl. But STUK was guided by Jukka Laaksonen    http://solarwindpronet.blogspot.fi/2012/03/one-year-has-passed-since-great-japan.html   who instantly after being pensioned started selling reactors recruted by Rosatom, the Russian nuclear reactor -company.

So the Western World Nuclear Renessance was started by Finnish companies, nuclear regulatory authorities and well lobbed parliament of Finland. No real discussion was held publicly. Just like in Fukushima prefecture in Japan or in Japanese Nuclear Village. It was simply stupid to speak about the possible risks of nuclear power. If you did, you lost all your credibility, you were a person non grata.

So when our Minister of Environmental Issues Mr. Ville Niinistö recently estimated that Fennovoima, Rosatom NPP-project in Pyhäjoki, would be abandonned during the next half year because of economical reasons, it was a sign of new realistic post-Fukushima thinking among our leading politicians. Are we finally starting to learn from our "dark" past?

Finnish nuclear power plants are woulnerable against worst case scenarios. Total station blackout would cause a melt through accident in Olkiluoto BWR 1-2 reactors in 2 hours: the nuclear fuel would be exposed after half an hour, the reactor core would start melting down in one hour and it would melt through the reactor pressure vessel in two hours according to EU stress tests for nuclear reactors. In addition to total station blackout the loss of ultimate heat sink - seawater cooling - would cause a melt-through in two to three hours:

"Total loss of AC power sources would lead to a severe reactor accident. Core uncover would take place within 30 minutes, extensive fuel damage would be caused within an hour and RPV melt through would take 2 to 3 hours." (STUK: European Stress Tests for Nuclear Power Plants, National Report, Finland, p. 163/236).

The original design basis of Olkiluoto 1-2 BWRs does not count severe accidents -  they were then seen as impossible events with very low probability:

"Even though the management and mitigation of severe accidents was not included in the original design basis of OL1 and OL2, several original plant systems also play an important part in the severe accident management schemes,..." (STUK: European Stress Tests for Nuclear Power Plants, National Report, Finland, p. 166/236)

And the one called the most safest nuclear reactor in the world - Olkiluoto-3 EPR built by Siemens-Areva - would have a core melt through in 7-8 hours after a total blackout and loss of seawater coolant:

So if we count the severe accidents from Three Mile Island via Chernobyl to Fukushima, it can be estimated that in the case of a serious accident, the people living around Olkiluoto 1-3  would be given no information about the real situation before a melt-through, or multireactor melt-through would  be a fact. Two hours is a very short time to evaluate and inform about the situation. In Chernobyl it took several days to admit the severity of the accident also among the nuclear scientists. In Japan it took Tepco and the Japanese Government months to admit the multireactor melt-throughs, although they occurred during the first hours or days of the crisis.

An excellent article about the Fukushima Daichi NPP accident is recently written by the former prime minister of Japan, Mr. Naoto Kan: 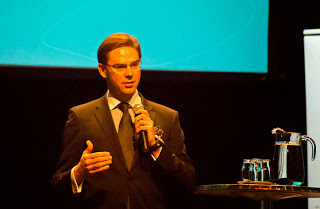 
So, it seems that Finnish and Swedish politicians (and perhaps the majority of ordinary people) have not learned anything about the risks of nuclear power. No word of possible accidents or safety has been mentioned while discussing this week about Fennovoima -project. Unrealistic economical idealism about nuclear power being cheap seems to be again the main topic.

Our government is acting like a group of irrresponsible teenagers backing up this Fennovoima 8.6 Billion Euros maniac investment: last year the same ministers spoke about renewable energy to be the backbone of Finnish economy and one of our main employers in the future. ( http://solarwindpronet.blogspot.fi/2012/09/minister-of-economic-affairs-jyri.html  and in Finnish   http://solarwindpronet-suomi.blogspot.fi/2012/09/ministerit-linjasivat-uusiutuvat.html )


Was this just political nonsence? Has someone been lobbying hard?

Last autumn also Minister Jutta Urpilainen saw renewable energy and distributed energy generation through intelligent grids as well as green technology as answer for Finland's problems. Now she demands Fennovoima -plan to be quickly to be run forward. Well, what we need is a break here!  Photo: JS / CF ﻿

We would really need some experienced politicians and international experts on energy issues and nuclear power who have personal experience of nuclear accident, to give us lessons to find new perspectives. 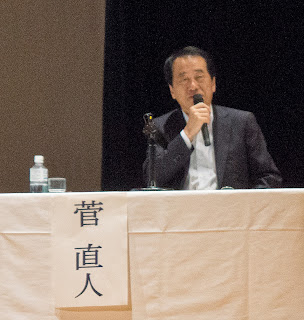 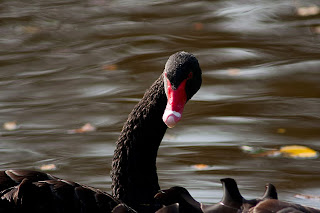 There is a black swan lurking behind every nuclear reactor (also behind Finnish and Swedish reactors)
Photo: JS / CF

The immortality-inwoundability syndrome should be left behind. (S*)it can happen here. Statistically, it will happen here. We still have the opportinity to choose if that risk is worth taking or not. But to do that, we need some honest information. 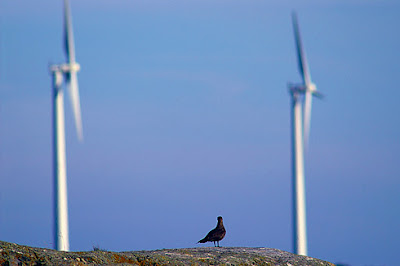